…I’m just passing through Toronto and the north shore of Lake Ontario.

I still felt wet when I woke up. Packing up damp gear is never fun and usually ensures some interesting smells the next time it is uncovered. 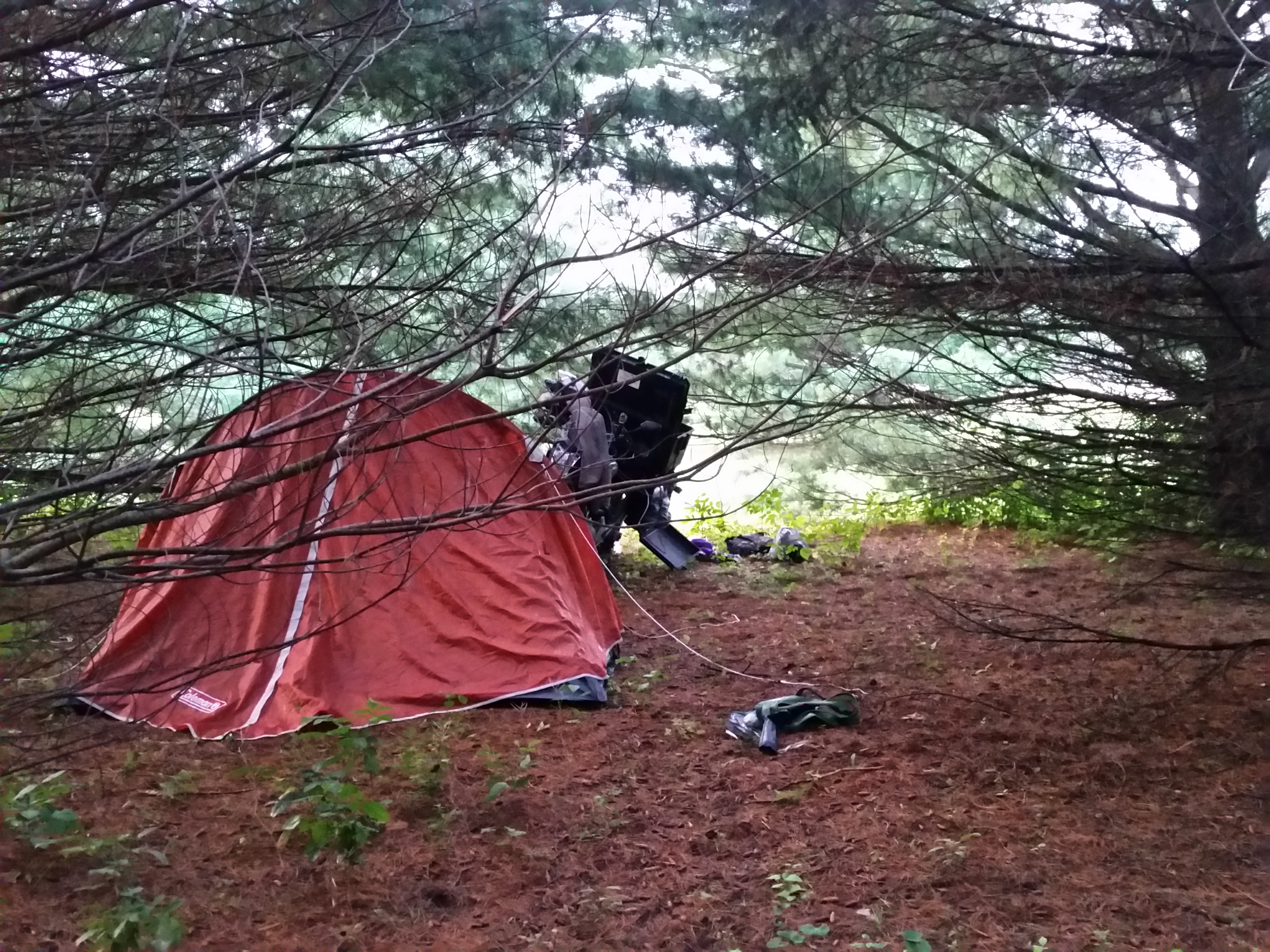 No better way to start the day than with a branch to the face! (and Sonic’s face, sorry buddy)

I have always been a bit conflicted about whether I consider myself a planner or an improviser. Indeed, I’ve continually tested out in the middle range on the fourth letter of the Myers-Briggs personality type (J and P). Based on the experiences documented in this blog, I would guess most readers here would consider me to be more on the improviser side of the spectrum. However, there is an inordinate amount of planning happening behind the scenes. I just don’t write about it very much. 🙂

One time when it is vital to have a plan is when entering a big city. Improvising in a major metro area can be expensive and in some cases dangerous.

I had no plan upon entering Toronto. My planning time for this loop has been largely allocated to how I will tackle Schefferville. Worse yet, I also had no Canadian sim card for my phone. Time for the improviser to take over!

I stopped at a Tim Horton’s outside the city, draping wet clothes and various other items off of Annie while I used the wifi. It was a fitting stop. Tim Horton was a hockey player who won four Stanley Cups with the Maple Leafs before starting his restaurant chain.

I entered the city, with the Visitor Center plugged into my offline navigation app. It ended up navigating me to a hotel instead. Now flying blind, I had a hard time even finding a place to pull over and consult my map. I eventually I got reoriented and took Annie into a parking garage close to the Visitor Center. 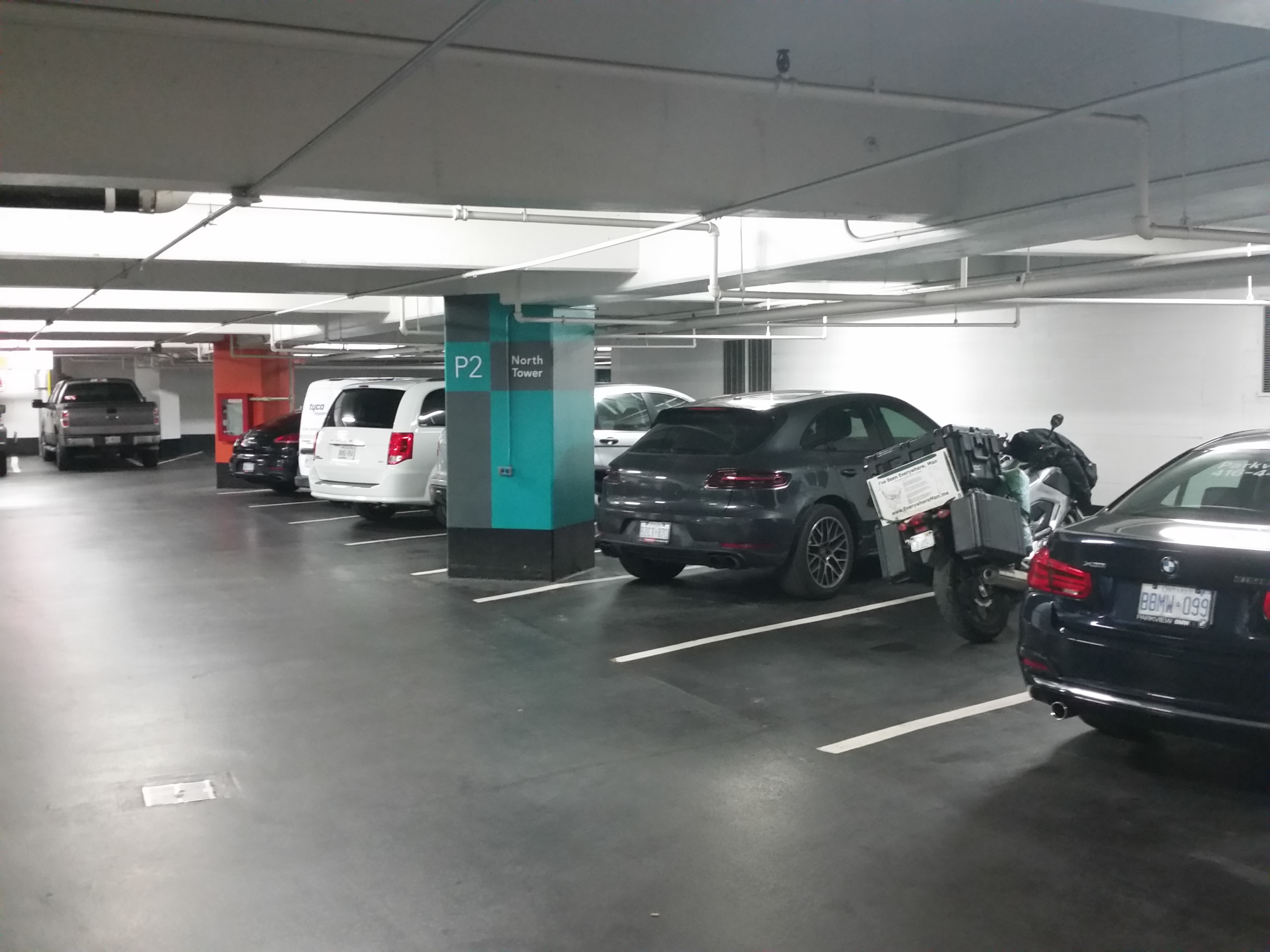 I can’t even bring myself to type how much I paid for this spot. It’s still too painful.

At the Visitor Center I got some good advice and some detailed maps. I had met a number of Torontoans on my travels so far. Most memorable, a couple at the Liard Hot Springs and a guy about my age at the top of the Salmon Glacier. They had all unanimously suggested that my picture of Toronto should include the CN Tower. I scouted out some potential spots to achieve this view.

With Annie nestled safely underground, I began walking around. I wanted a good picture with the iconic Toronto sign. 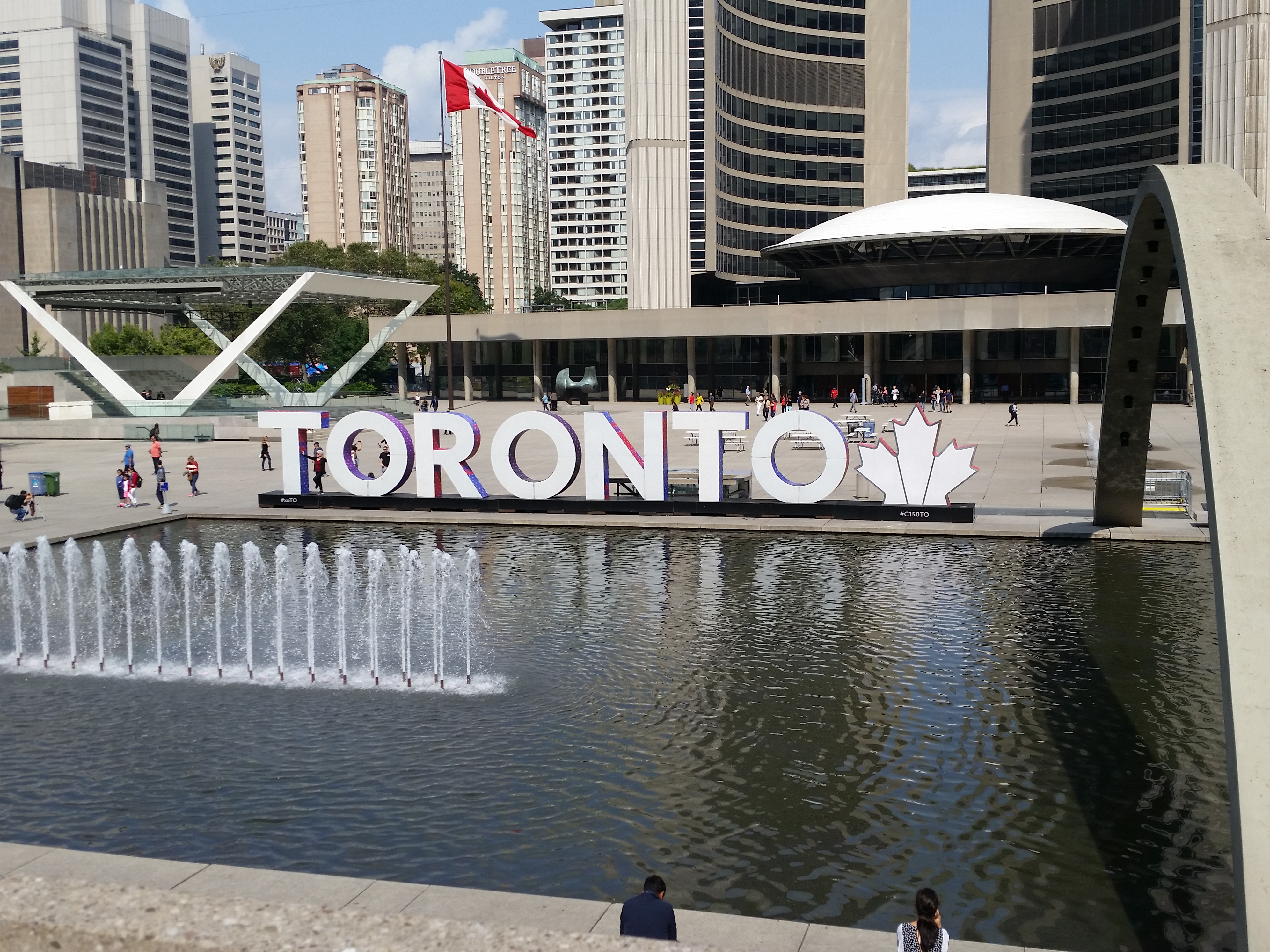 A bunch of losers were taking selfies. I could never stoop that low, right?

I knew I couldn’t see all there was to see in Toronto in my brief time there, so I had to be selective. I decided to make the Hockey Hall of Fame my experience. It’s not every day you get to see the Stanley Cup.

I can’t call myself a big hockey fan, but I did follow the St. Louis Blues pretty closely when I was younger. After the lockout season in 2004-2005, it was almost impossible to find the NHL on TV (at least in Nebraska). My interest gradually waned, but I still have a real appreciation for the sport.

The museum was great. 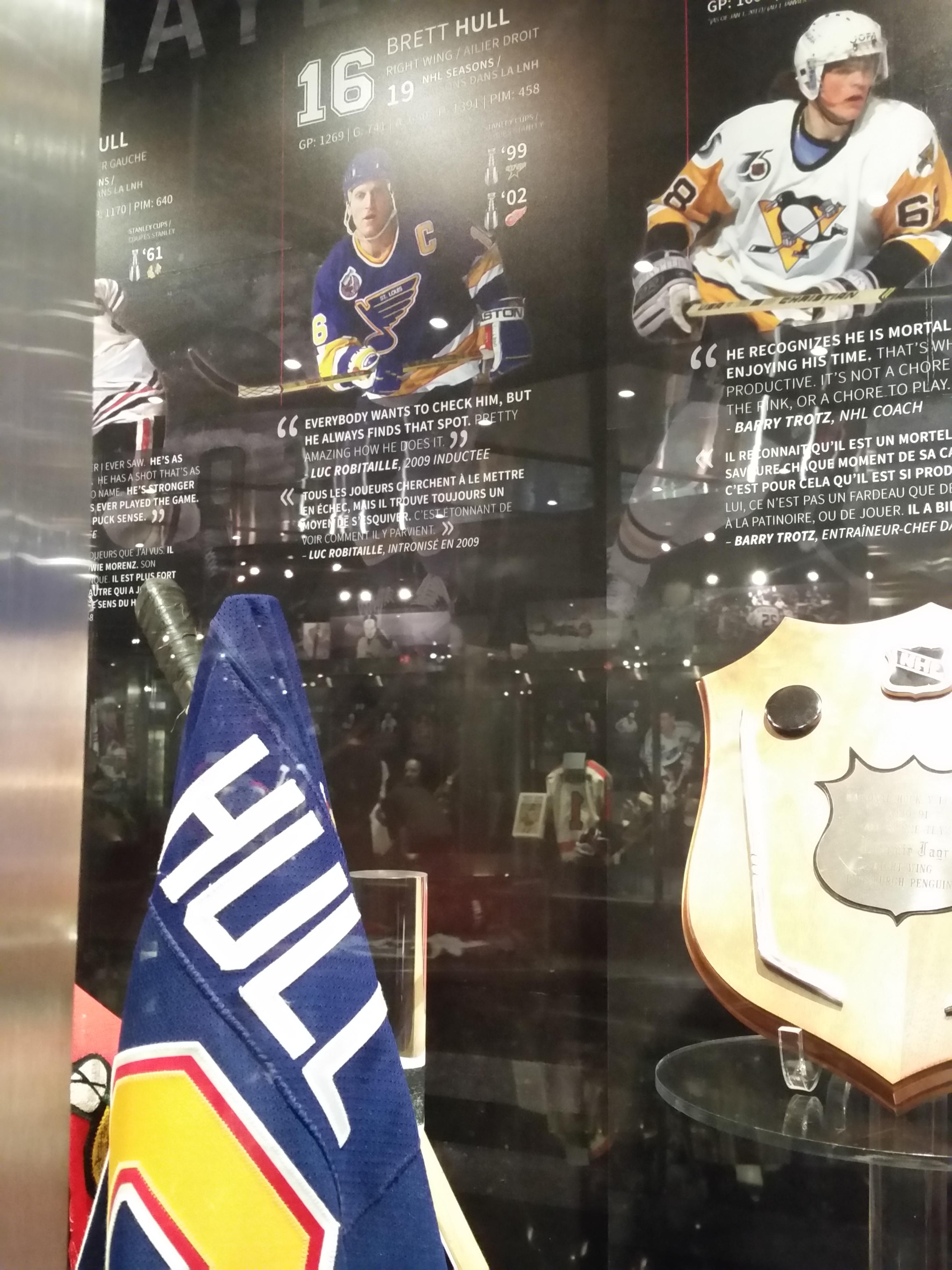 Brett Hull “The Golden Brett” (wait, how is that not my nickname), was a childhood idol of mine. 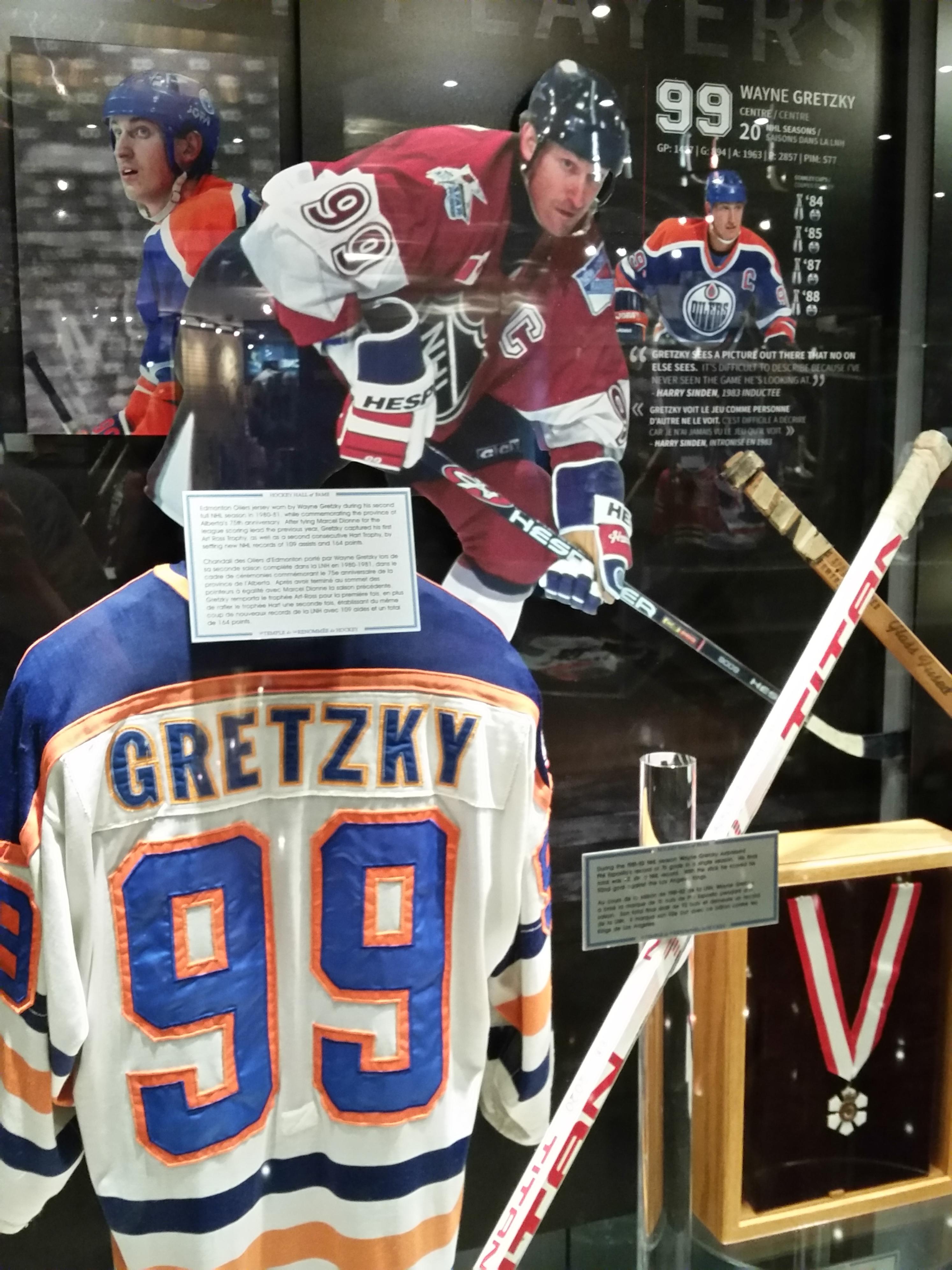 “The Great One.” I think you can make the argument that he was the most dominant player in the history of major team sports. Records, in general, are made to be broken. It’s hard to imagine anyone reaching his.

An exhibit on the evolution of goalie masks: 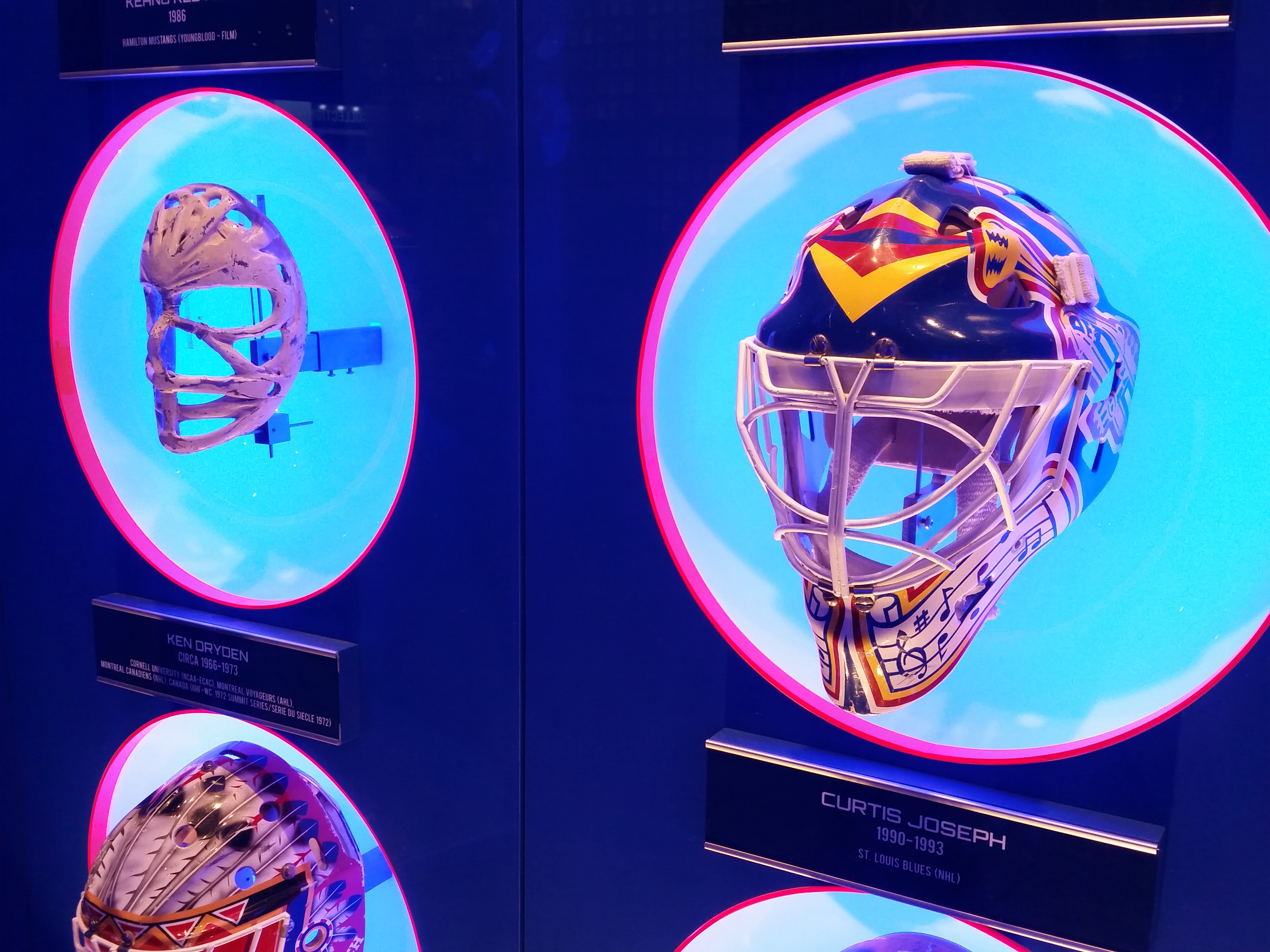 At the front desk, I had posed this question to the cashier: “Are there any Nebraskans in the Hockey Hall of Fame?” He did not think so, but directed me to a place where I could look up every player in NHL history and sort them by their home. It turns out there have only been two players from Nebraska to make an NHL appearance (both from Omaha). We’re not exactly a hotbed. 🙂

I saw most of what the museum had to offer, but saved the best for last: Lord Stanley’s Cup. I cannot think of any other sport which possesses more reverence for their championship trophy. The museum’s treatment of it showed this respect.

The cup is housed in a rotunda, with a soaring, stained glass ceiling. 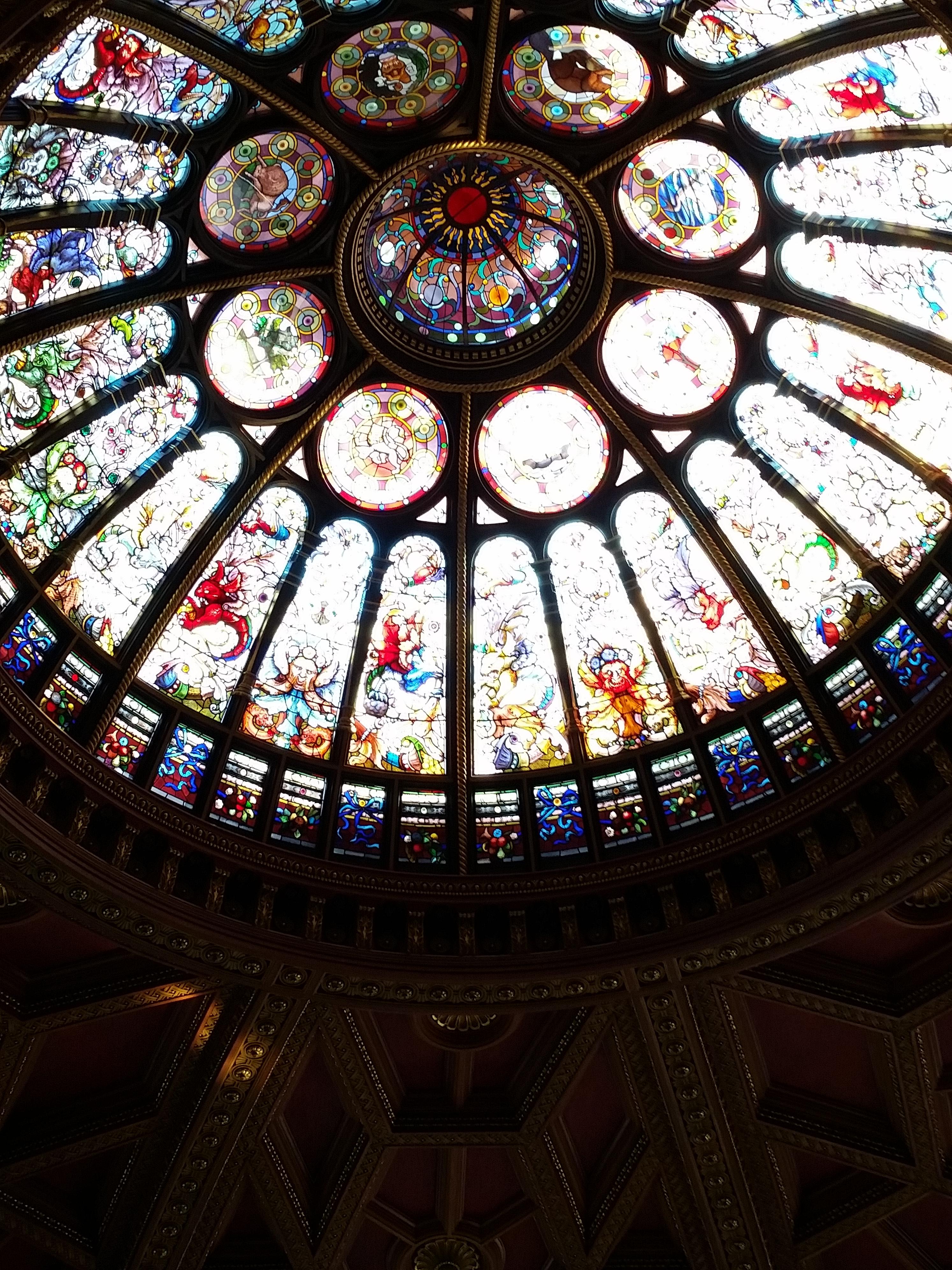 The museum charges $10 for “official” pictures with the cup. The guy manning the booth was so helpful and accommodating to answer my questions, that I paid the price with zero contrition.

Every player that wins the cup has their name engraved on it. 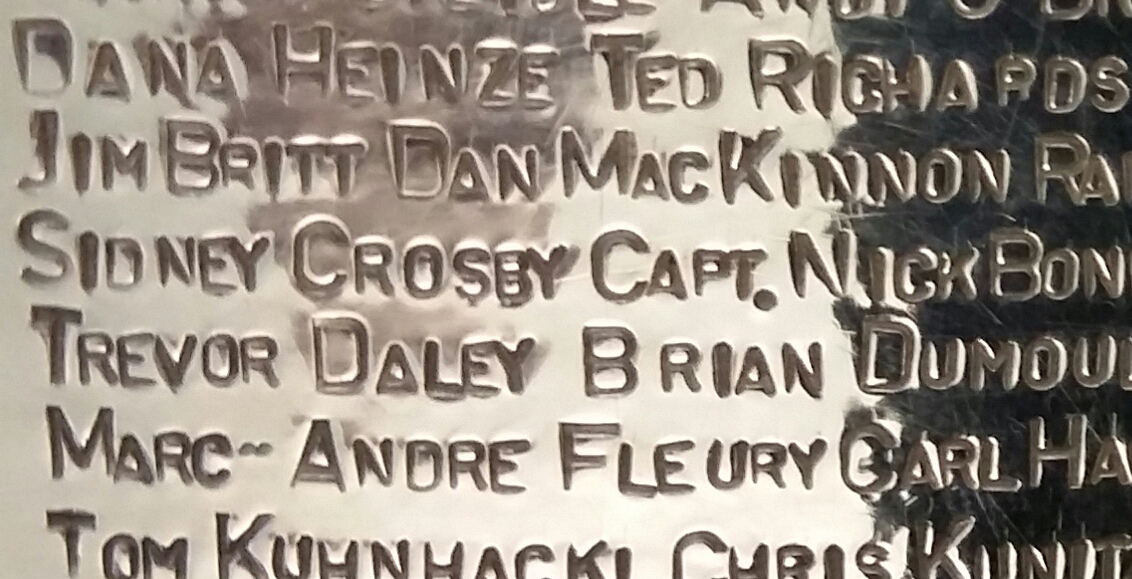 So what happens when they run out of space? Every 13 years, a ring is taken off and flattened out, replaced with a blank one. The previous rings are all housed at the hall of fame. The original top portion of the cup, displaying its earliest winners, remains unchanged. 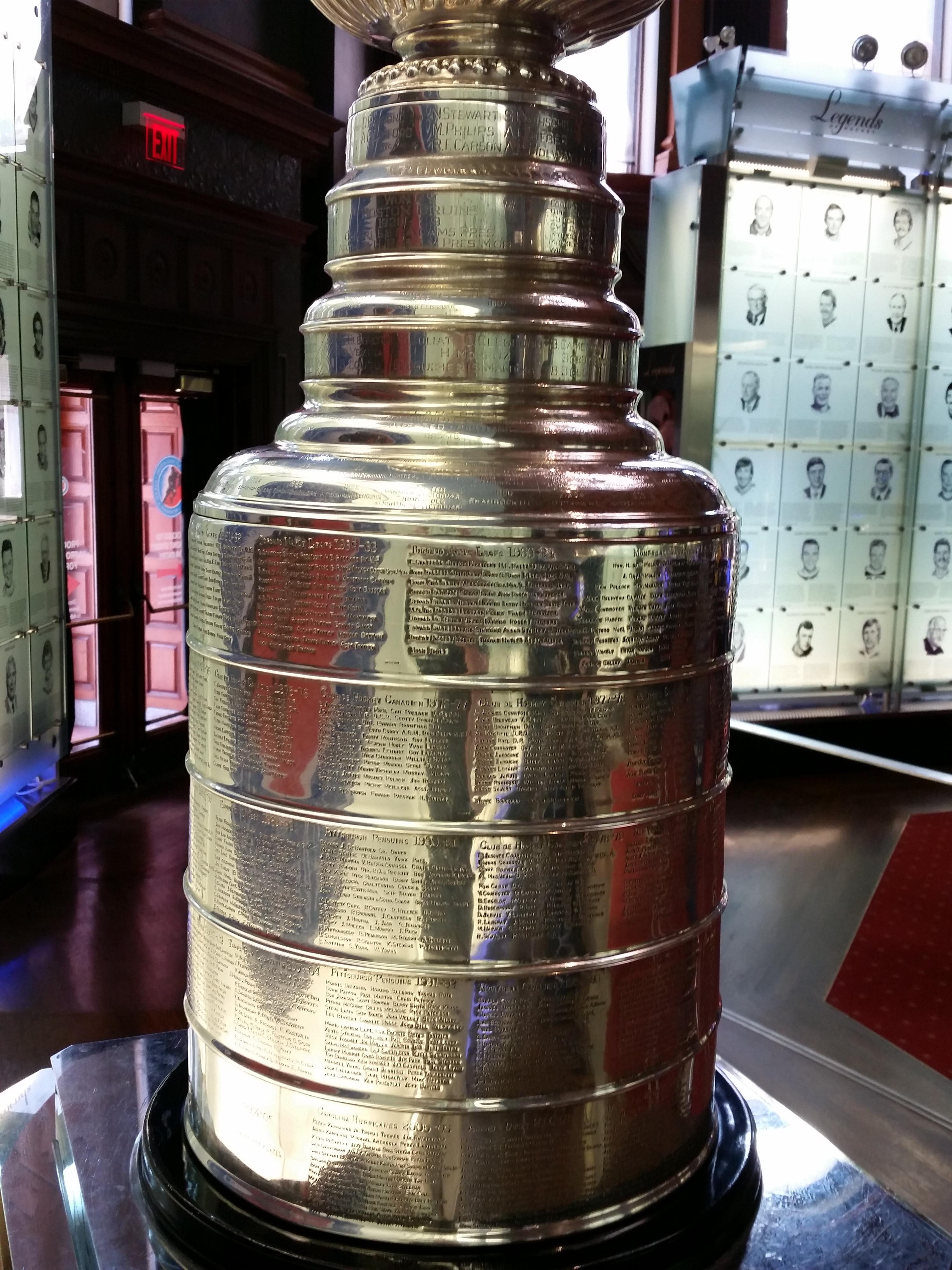 It was a real honor to get to put my hands on it!

I was still in need of my skyline photo. I retrieved Annie and paid the exorbitant fee to remove her from the parking garage. I don’t want to talk about it…..

I crossed over to an area that looked like it used to be loading docks. I did not see any signs specifically denying me, so I just kept going right to the edge. I got a pretty good view of the skyline.

Place 22 of 92: #toronto. Skyline right before a storm. #everywhereman

I liked the photo alright, but thought I could do better. I could see a storm rolling in, but decided to continue to see if a better view could be achieved. I wound through industrial areas before getting to the entrance to the park I sought. Unfortunately, the park was only open on nights and weekends. Really?

The rain really began to intensify. A real shame, since I was almost dry. Two days in Canada, two days with rain.

I was time for me to get out of town. I never really feel at home in bit cities. I was just passing through.

I made a couple of stops, still attempting to find a sim card, but was foiled once more. I did finally acquire an Ontario map after I found a CAA office (Canadian version of AAA). I could now navigate more reliably.

It was time for my next big decision: Faraday or Ferriday?

On my map I have this place listed as Faraday, Ontario. I don’t remember the exact circumstances of this decision, but it was possibly related to spelling. For me, it was natural for me to spell this place the same way as the scientist, Michael Faraday. (The unit of capacitance, the Farad, is named after him.) However, I began to doubt that there was much there, especially when my new map did not show the town. Considering the weather forecasts, and the schedule of the train to Schefferville, I was looking to save some time. Switching this place to Ferriday, Louisiana (definitely a more populous place) seemed reasonable.

(This decision also officially hands the “place championship” to the state of Iowa, with 5. Faraday, ON would have been the 5th place in this province. Congratulations, Iowa! Maybe one of  your football teams will win something someday!) 😛

I headed east along the north shore of Lake Ontario towards Kingston, the next place on my list. It was around 6:00pm and I began to search for a spot for my tent. Once again, I had a torrid time.

Perhaps it is the mixture between populous places and good farmland, but there is precious little space that is not utilized. I’ve had this problem before when traveling through the eastern portion of this continent. It’s almost like I just don’t get it.

This place really didn’t feel like my home. I was just passing through.

It drizzled off and on as I struck out again and again. Going through a small town, there was a little corner store still open. I went in and explained my plight, asking if they had any advice for a spot that I could use for a few hours. A quorum of staff and customers decided that no one would care if I set up next to the carpool parking just off of the freeway. It was only a short drive up the road.

They were sincerely trying to help me. It made me feel a little warmer and a little dryer.

The spot was far from ideal. I was out in the open, unshielded by trees. I was passed the point of caring. I set up in some tall grass and laid down on the undulating ground. It was 11pm by this time.

As uncomfortable as it is, I’m trying to appreciate the feeling of not belonging. The price of campgrounds, no trespassing signs, gated parks; all of these things make me feel like my current world does not match with the one in which I am traveling. But this is due to my choices, right? How much worse would it be to not belong based on circumstances beyond one’s control? I still have much to be thankful for.

Furthermore, I do have a home. For awhile longer, I’m just passing through.

8 thoughts on “This World is Not My Home”