On the road to recovery.

I probably should have done an update yesterday, but I just really didn’t feel like it. Yesterday way probably the darkest day of the whole trip so far. I’m doing quite a bit better today though, both mentally and physically.

First of all, thank you for all of the well wishes and thoughtful comments. I haven’t even gotten through all of them yet, but I really appreciate the support. I always try to respond to each comment, but I apologize if I do not get this done in this instance.

Physically speaking, the two biggest issues are my knee and my ankle. The knee is really scraped up, but not too deep. It will just take some time. The ankle was causing me quite a bit of worry, but the swelling and pain level have decreased and the range of motion has increased. 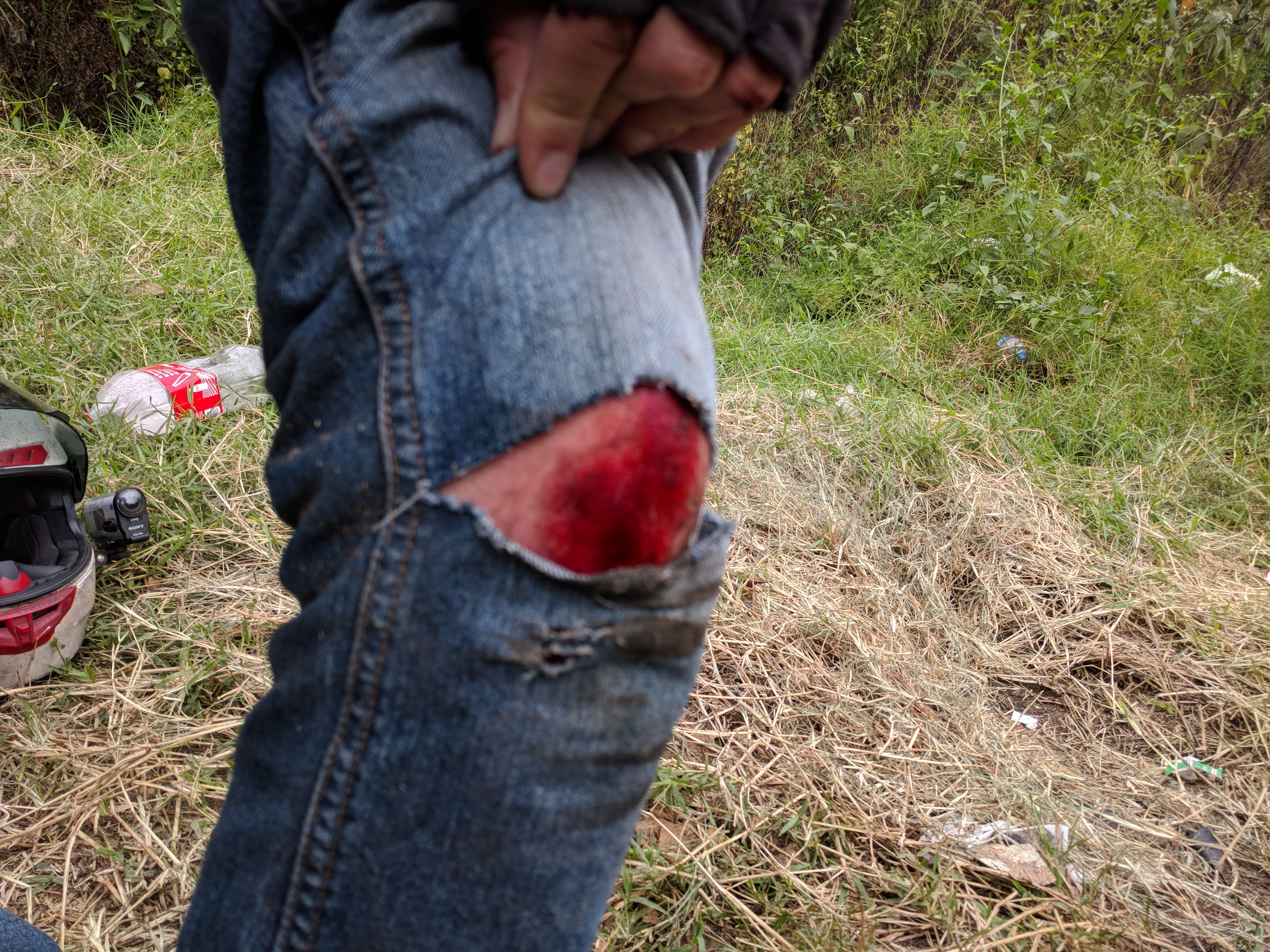 The ankle injury was just due to impact rather than twisting, which I am thankful for. When the bike went down, the weight of it pinched my ankle between it and the road. Walking was really difficult yesterday, but I already feel more mobile today.

Mentally speaking, I’m still kind of struggling. At this moment, I have very little desire to hop back on the bike. Honestly, the thought sort of scares me right now. This is totally out of the ordinary for me. To continue my trip, I will need to return back over the same stretch of road, which kind of freaks me out.

But I don’t mean to be overly dramatic. I really don’t think this is the end to the trip. Even if I have to spend a few days or a few weeks where I am not enjoying myself, I think it is still worth attempting to complete my goal. This journey was never a leisure cruise. It was always meant to be something that shaped me and helped me grow.

The full story of the day of the crash is one that will take me a long time to finish up. From the ruins at Tonina to multiple extortion road blockades on the way to Palenque, it had everything. I do want to share a couple of the positive things about the day though.

At the very top of the temple of the ruins of Tonina, I met an Italian couple named Daniele and Paola. We had a nice chat and learned that we were both heading to Palenque that night. They were the first people to inform me about the road blockades. They left before I did, but I noted their license plate in case I caught up to them.

Before the crash, I hadn’t seen them. After it happened, as I laid there on my back mentally checking that everything was attached, the first people to find me were Daniele and Paola. 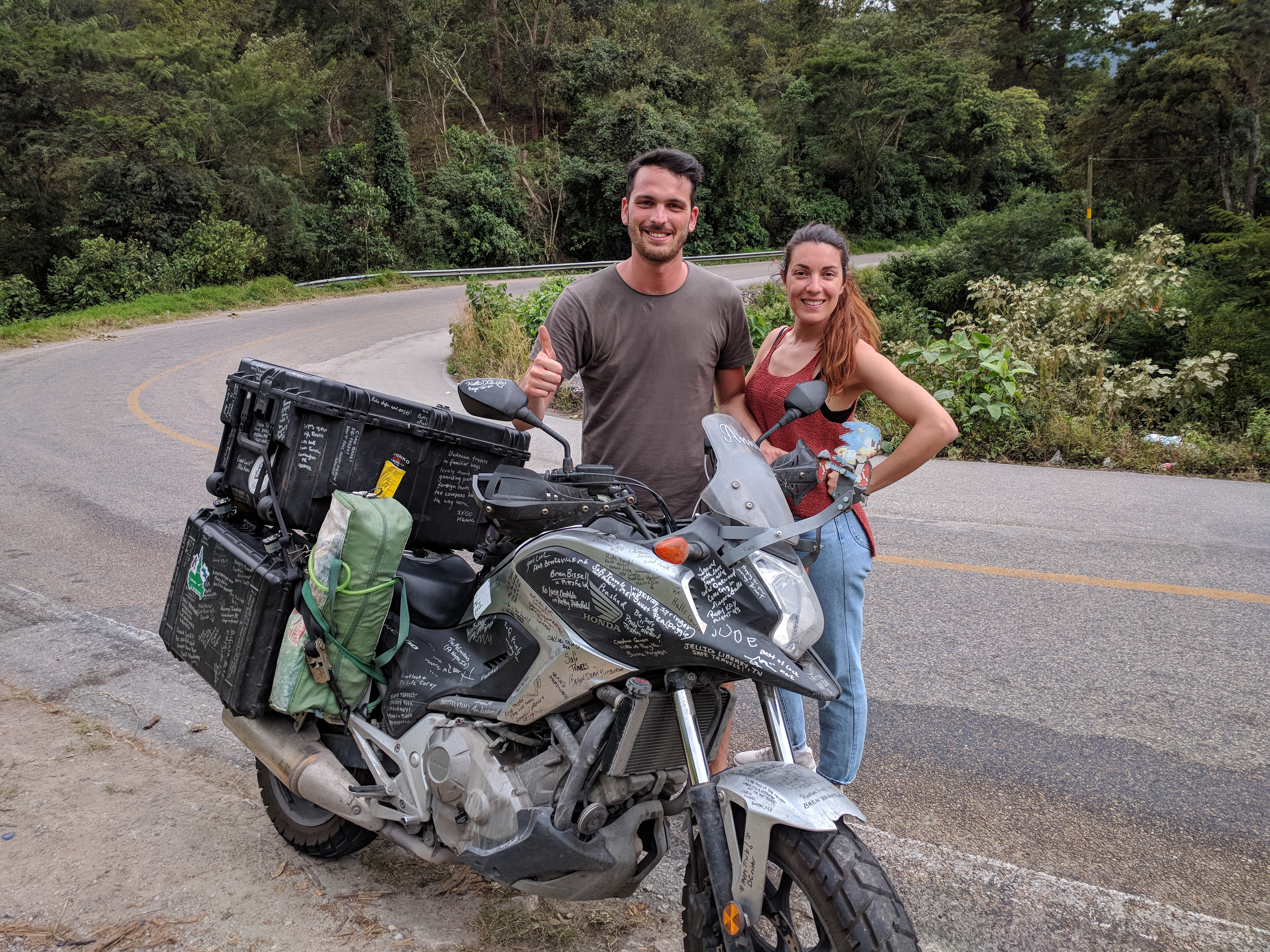 They were so kind and helpful in so many ways.

When I arrived in Palenque that night, the first thing I wanted to do was clean up the wound on my knee. Unfortunately, walking was really difficult at that point. My roommate at the hostel was a guy from Argentina named Francisco. He happily shared his hydrogen peroxide and ointment so I didn’t need to go out. 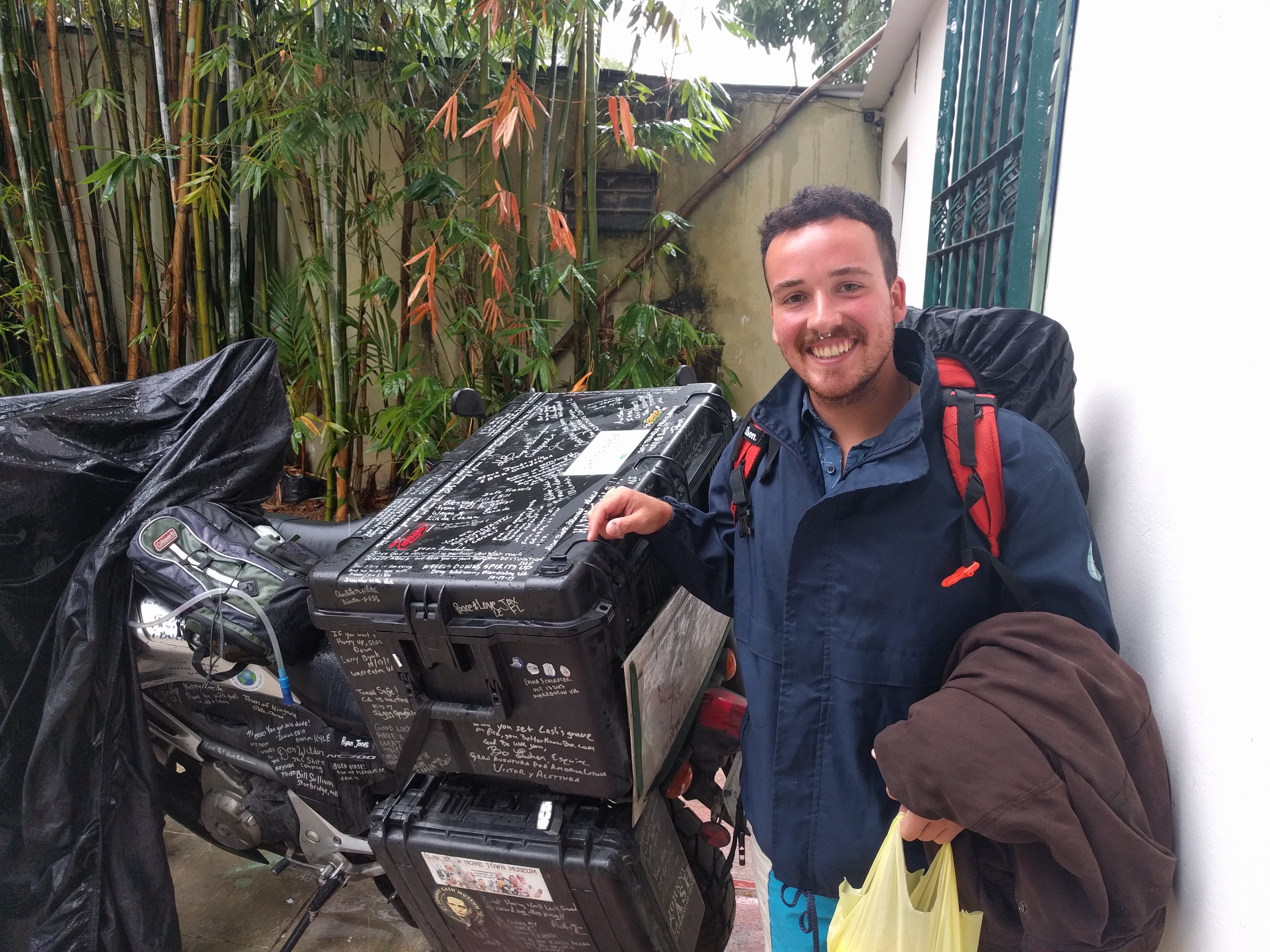 As I said before, more details will come.

My new phone that I got for this portion of the trip (an LG Nexus 5X), decided that this would be the day that it would randomly stop saving some photos. Accordingly, I don’t have much from the crash site. The ones I posted previously are pretty much all that I have.

I’m going to leave it there for now. Thanks again for all of the support.